He accomplished his mission in spades, and is still puffing out his chest like a proud peacock.  I am more than willing to humor his ego.  A small price to pay for having a cupboard full of tasty snacks.

The first thing I tried was the Bagel Chips.  He picked up two kinds, Original and Cinnamon and Sugar.  The original tasted like any other non-gluten-free bagel chip.  I am not sure that anyone I served them too would know the difference.  I see a batch of bruschetta in my future.  I now have a tasty way to use up some of the large quantities of tomatoes my garden is producing.

The Cinnamon and Sugar kind were tasty.  They would be a perfect substitute for the cinnamon and sugar pita chips that people serve with fruit.  When is my next family gathering?  I have ideas!!!

In my quest, I did find Glutino Table Crackers at Kroger.   A table cracker is what you would find in a basket of crackers sitting on a checkered table cloth at an Italian restaurant.  They were not exciting, but I do not think table crackers in general are packed with taste.  If I had some flavored butter though, I could see myself going through a package in an evening.

Next I tried the Sea Salt Snack Crackers.  They were ok, but not great.  The Rosemary & Olive Oil Snack Crackers more than made up for the slight disappointment I had with the sea salt.  They are delicious.  No dip or spread needed, they are a fantastic snack all on their own.  The crackers were packed with taste. I was glad that I saved this as my last Glutino box to open.  It was a taste I was happy to be left with.

I can guarantee that the Rosemary & Olive Oil Snack Crackers will now be a regular in my cupboard, and I have big plans for the Bagel Chips. 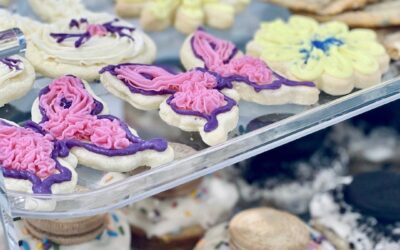 Checking out the Gluten Free Library

While this library does not have any books it does have a large variety of Gluten Free goodies! I have seen post and followed Natalie's Cake Library for months and finally made it in. The only thing I am sorry about is that it took me so long to make it there! All of...

No Tricks, All Treats, Gluten Free Candy for Halloween.

With Halloween around the corner I have found a few links to share with everyone to help navigate gluten free trick-or-treat. a selection of Hershey's Gluten Free bars Hershey's is obviously one of the biggest names in candy. Well they have a whole page on their... 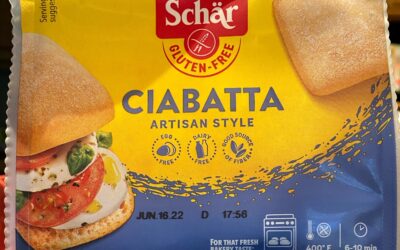 How are your buns?

It is burger season, and one can only eat so many burgers with iceberg lettuce substituting for a bun. Most gluten free buns are lacking something, or fall apart after the first bite. They come in an 8 pack, and as the only GF member of the family, I cannot eat that...