I have had gift cards for Olive Garden sitting in a drawer for a while, and recently decided to use them to grab take-out during a very busy week.  I called and placed the order based on the list of gluten-free options listed online.  I ordered the mixed grill.  The girl taking my order was confused, and did not think that this was a gluten-free option.  She checked with someone else, and found out that it was gluten-free, and asked how I wanted to steak cooked.

When we got the order home, I was surprised to find all chicken and no steak.  This was a head scratcher since she asked how I wanted my steak cooked.  The food was ok.  I was not thrilled with the service or knowledge of the menu, but thought I would give it another try.

The second chance came, and I regretted it as soon as I saw the meal.  I decided to try one of the two pasta options.  When I opened the container, I was shocked by the discrepancy between the online picture of what I ordered and the look of what was in the take-out container.  The container contained nothing more than pasta with marinara sauce, and a few shrimp thrown on top.  As I looked closer at the pasta, I discovered that the pasta was hard and not cooked properly! I ate the shrimp and tossed the rest.

I was again disappointed when I went to eat the salad, which was pretty much the only food I was going to eat.  They forgot to include dressing.

In two attempts to eat Olive Garden take out, I was completely disappointed, and would not recommend eating there to anyone eating gluten-free.

Over the weekend I tried Kay's Table located on Sylvania Ave in Saxton Square. I had seen a few posting on Facebook about them having gluten free desserts which is what really sparked my interest. Kay's Table serves Asian and Asian inspired dishes. While their menu is...

Rarely am I pleasantly surprised by restaurants staffs’ understanding of gluten. On many occasions, I am baffled by having to explain things like rice and wheat are not the same. I have become accustomed to over explaining the food I can eat at a restaurant or how it... 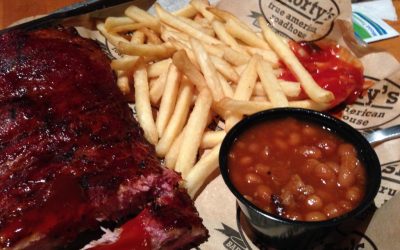 Not Short on Taste

As a mother of a small child, carryout has become a must.  Early bedtimes and late work schedules mean that sometimes cooking is not an option, and takeout is a lot less cumbersome than sitting down in a restaurant. This led me to explore some restaurants in my...